Lighting pattern I’d define as, how light and shadow play across the face to create different shapes. What shape is the shadow on the face, in simple terms. There are four common portrait lighting patterns, they are:
There are also Broad and Short lighting which are more of a style, and can be used with most of the patterns above. Let’s look at each of them individually.

Desk lampA small lamp with a flexible head, such as an anglepoise, lets you direct the light, so is ideal choice for small home studio projects. Using two adds foreground and background lighting and boost other lighting on dull days.
Posted by Unknown at 02:45 2 comments:

Yousef Khanfar is an award-winning Palestinian-American photographer and author. He was born in 1956 in Kuwait to Palestinian refugee parents who fled their homeland after the establishment of the state of Israel. Khanfar began taking photographs at the age of six, when his father gave him his first camera .At the age of 17, Khanfar moved to the United States, and spent the next twenty years travelling the world taking photographs. He currently resides in Oklahoma City. Khanfar's photography has been published widely, including in magazines such as Oprah, International Photo Art, and Outdoor Photography. He has also published two books of his work: 2000's Voices of Light, and 2007's In Search of Peace, recipient of the 2007 IP Outstanding Book of the Year Award. 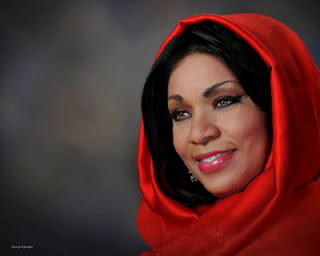 One of Khanfar’s favourite portraits is that of his good friend Gene Rainbolt, legendary Oklahoma banker and philanthropist.
“Rainbolt and I have been friends for a long time,” Khanfar said. “He is probably one of the most generous people I have ever met in my entire life. He is constantly raising money for non-profit organizations of all kinds, for the arts, for the youth and the city”


Yousuf Karsh is an example of a studio portrait photographer; Yousuf was born in Mardin a city in Turkey.   He grew up during the Armenian Genocide where he wrote, "I saw relatives massacred; my sister died of starvation as we were driven from village to village." At the age of 16, his parents sent Yousuf to live with his uncle George Nakash, a photographer in Sherbrooke, Quebec, Canada. Karsh briefly attended school there and assisted in his uncle’s studio. Nakash saw great potential in his nephew and in 1928 arranged for Karsh to apprentice with portrait photographer John Garo in Boston, Massachusetts, United States. His brother, Malak Karsh, was also a photographer famous for the image of logs floating down the river on the Canadian one dollar bill. Yousuf was a master of studio lights.

Here are some examples of Yousuf's work 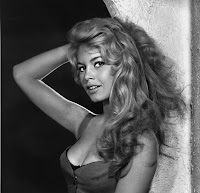 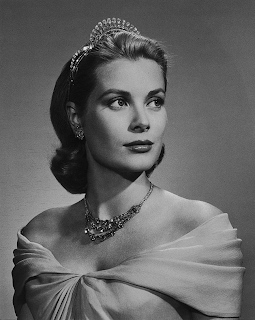 This image was taken by Liz Callan on December 31, 2009. This image is in a lot better focus than mine but darker, the image I took was lighter than this. Liz has taken the image a lot closer than mine and in a better angel. 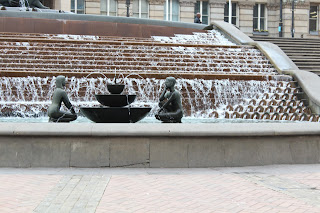 This is the image I took quite similar to the one above; my image has a lot more lighting and is further away. The reason why I like this image is because you can see the waterfall in the background.
Posted by Unknown at 04:22 No comments: 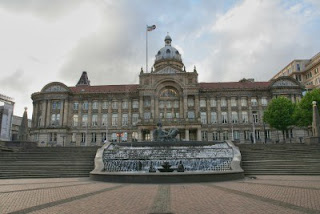 This image is by Dainis Derics; they took a good angle and got the full building including the waterfall. This image is better than mine because it’s got the full picture whereas mine only has half. This image is taken in Victoria Square in Birmingham city centre. The time the picture was taken was very quiet and no rush so it was a good time because the focus was on the image itself and not on the people. 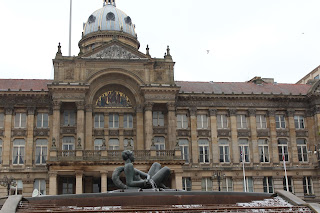 This is the image that I have taken, as you can see it’s not got the full picture as the one above. I didn't get the full building or the waterfall and the focus and lighting wasn't as good. 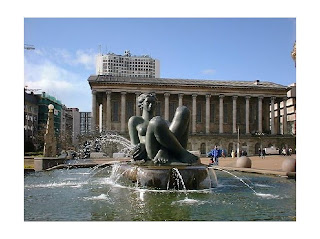 This image was taken by the virtual tourist, I have taken a similar image and I also edited it. They have taken a clear angle and better focus than I did.  This is in Victoria square city centre Birmingham, where the library, museum and the Birmingham council house. This was also further than my image; my image was a close up. 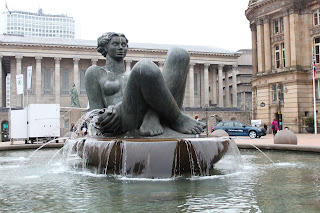 This image was taken by the virtual tourist, I have taken a similar image and I also edited it. They have taken a clear angle and better focus than I did.  This is in Victoria square city centre Birmingham, where the library, museum and the Birmingham council house. This was also further than my image; my image was a close up.
Posted by Unknown at 06:03 No comments: